Into the unknown – writing from quiet 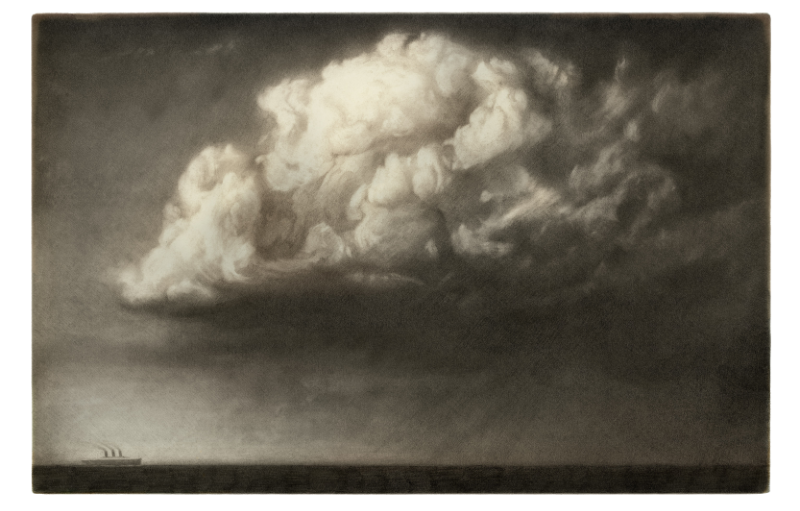 (First published in the Westerly Magazine.)

For me, writing is about surrendering to the unknown, or to the ‘night’, as Marguerite Duras once said (17). It’s about being as unconscious as possible, like the milky light that can sometimes appear on the surface of a river. It’s an alert surrendering, so that I might drift and find, through light and sound, some lost meaning; discover and bring something of it back.

T. S. Eliot argued, ‘[t]he progress of an artist is a continual self-sacrifice, a continual extinction of personality’ (36). But, also, it requires a way of being unconscious that ‘is a state of super-consciousness’, because we enter dangerous territory (Winterson 173). When I think of writing, it is as if I were the crackle of a flame, alert and dark, nosing my way forward. I am at once fired by and remote from my material.

When I write my way into this unknown, I aim to do so with a voice that comes from my body, that is autobiographical but also fictionalised, that is an intimate sharing but simultaneously, I hope, a public declaration. I try to free the writing from the weight of my personality so that it can express more than, other than, and be in full imaginative play. So that it can go beyond the personal and the political; address the meaning of life itself. For me, writing is both an ascent and a descent, a tuning into unknown deeper selves in my body, to somewhere else outside; it’s entirely physical, playing itself inside me and outside me, running out of my fingers, and I write it and read it as if encountering it for the first time. Writing is also an abandoning to joy. There is a skeleton of an idea, but mostly it’s just letting all these inside and outside parts of me find their way into words. The unknown becomes new, but somehow is always familiar.

This abandoning to the unknown can only really happen when something of me enters a deep silence. It favours low light. There is a deep listening, like when my cat’s ears are filled with sunshine, or my every physical fear filled with the stillness of night.

And the unknown is also whether I can actually do this. But then I never feel that my ‘true’ writing is mine, anyway. This is why writing must be an act of complicity, because the writing feels as if it’s not coming from me. I cover my computer screen with a cloth, so that I don’t see the words, and in that way the words, the images in my mind and I can be one, I can fall into that gap between prohibition and transgression, that interspace where exists a strength and a wisdom beyond me. This technique, called Freefall, I picked up when attending a workshop with Barbara Vesselago-Turner; I also attended another workshop with Barbara as part of my Writers’ Development Program (WDP) process.

And I write from the unknown in the body, in the ‘direction of truth’ (Cixous 36). From my body I hear the words as they land, feel out their shape with my fingertips, their colour, as if I’m painting. I also imagine that the rhythm of my breath carries over and into the words, because I want the reader to breathe that rhythm too, so that the story becomes a shared lived experience, and in that way becomes something that we can both believe in and in some way be nourished by.

This is at least my aim.

I have always wanted to write. I have always written fragments. I have a filing cabinet of voices. Lost images written down. In my phone, photos, sound recordings, movies, digital notes. I have boxes of notebooks.

A friend said to me the other night that he wouldn’t want to write unless he could write like J. D. Salinger. I began writing seriously because of a double negative; I cannot not write. This has transformed into I can write; I have now given myself permission. I write. I polish. So far, it’s just been for me.

The WDP has been a writing boon. There has been a new experience of confidence in being recognised by the prestigious literary journal Westerly; there has been the support of the wonderfully encouraging, generous and insightful mentor Laurie Steed. There has been the Westerly editors’ ongoing encouragement and support, with additional writing insights gained.

My writing process to date has been solitary, quietly spoken or to a few others––mainly my Edith Cowan University supervisors; a storm of words and enthusiasm; and resolve. So, the WDP has been an important process of stepping out for me, a beginning of touching the circle edges of the writing community, again.

Writing is not an easy game but it’s easier when you give it the time it needs, when you stretch yourself as a writer and creative professional, and when you back yourself and your way of seeing and writing about your world, your places, and characters. (Laurie Steed, personal communication)

The WDP also included a writer’s retreat in the hills, at Katharine Susannah Prichard Writers’ Centre (KSP). There, I was able to enter my quiet, and from the Clarke cabin, when not following the flight of my interior images, I followed the zig zag bump and focus of the wild but not dangerous bees, making honey in a wound gape of a tree. And they did this immediately outside my window. A perfect writing metaphor.

The WDP has also facilitated my connection with established writers, and other aspiring writers. It has been a wonderful first step into print publication and I am full of gratitude. The WDP, I’m certain, also paved the way for my Foundation Fellowship with KSP, which will be completed this year. This offers a discounted residency at Varuna, The National Writers’ House, and a KSP residency.

Most mornings. There is a rock on the Swan River. I sit on it. I watch the light change, turn in circles and drift. I find it most exciting when the tide is panting and reaching out to sea. To something beyond itself.

I seek. To write without borders, and to find something in that… life…

Let me tell you my story. I have always wanted to write. I am sitting at a river edge, the light is making it grey and green ripples, and trees bend over it, their leaves in the wind tracing dimples on its thin surface. I am waiting. I have been waiting some time. I feel like the river, all wavy, my edges blurred by rock and sand and tree roots and dropped berries that may one day become new trees. The birds caw the sky, calling in the evening. My thongs in the dirt are worn thin and my toes curl up and out.

When I write, the river is a blue white stream of light I flow in. Now, I step out with my words, and hope others may flow with me.

Or/and that it may begin generous conversation.