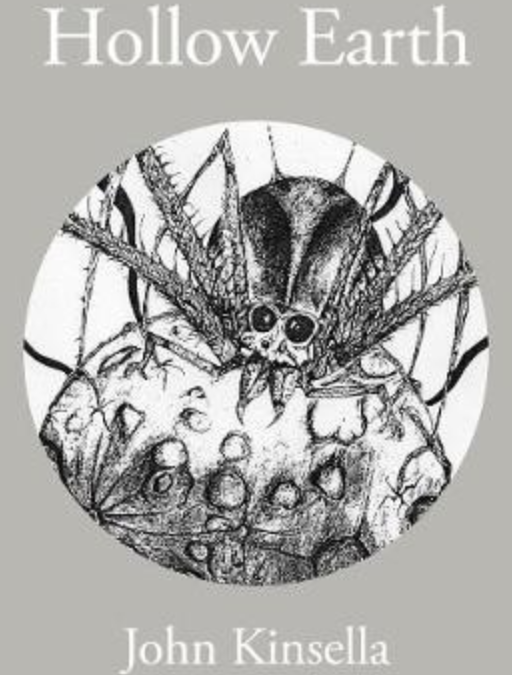 The theory of a hollow earth may sound absurd, but it was once taken seriously by scientists and politicians, and there are still a few diehard zealots. The trope has been worked in fiction for centuries, in genres like science fiction and travel-adventure. Most famous is early nineteenth-century French author Jules Verne’s Journey to the Centre of the Earth. Enter award-winning Western Australian poet, novelist, critic, essayist and editor John Kinsella.

In Kinsella’s fourth novel, Hollow Earth, he both recalls the canon of classic science fiction and, not surprisingly, subverts it. Instead of the classic descent and escapist utopian fantasy, Kinsella’s novel is the story of the ascent of a subterranean alien, and their subsequent horror, outrage and confusion at our surface lives.

It is written as a prophetic warning for these times of climate change, and follows two Hollow Earth gender-neutral citizens, Ari and Zest, as they are given a tour of the surface as a way of protecting themselves from future colonisation by the Robber Baron miners. Kinsella’s novel initially depicts the dark end of environmental devastation, where surface colonisers have had to re-route towards the realms of Hollow Earth.

Then the narrative shifts timeline, and goes back in that future-time, to focus on the first meeting between Ari and Zest with Manfred, their lonely tour guide. Manfred is a sci-fi nerd and victim of bullying. He also has absent father issues and a fixation on his mother’s quest to communicate with aliens. Ari ends up in a drug fugue. Zest becomes pregnant and gives birth to a girl-boy—a synthesis of the two worlds, that may help the hollow earthers find their ‘true’ path home. As in other hollow earth fiction, the challenge for the trio is to defy myth and legend and to make a return descent. Unlike Verne’s novel, which celebrates the coups of mining, Kinsella cries its woes.

An environmental and animal activist, Kinsella uses this novel as a creative critique of mining, colonialism and prejudice of all kinds. His subterranean Hollow Earth citizens could also be seen to represent the world’s refugee plight. The book advocates that we learn new ways to love each other, all life, beyond definitions of borders, and that one way to do this is to appreciate how to be ‘inside’ the country we live (174).

Hollow Earth is a rejection of binary thinking and a celebration of the folie àtrois (the madness of three). The novel attests that it is in non-places—called ‘all places’—that real life is possible (197). In the book, Kinsella implores us to realise an imperfect, alternative, more sustainable world—one based on open inquiry.

As the loner Manfred claims: ‘The new imperialism will be toying with the veneer between worlds’ (65). This novel is self-referential: even fiction can stand outside and observe itself, and the truth is a constant question.

Kinsella makes use of time slippage and fragments and the work can be challenging, yet is filled with poetic pearls and wisdoms and is well worth the read. For me, the writing came alive in the vignettes relating to Manfred’s childhood and Fremantle.

In the wake of climate change and recent WA mining company entitlement—such as the 2020 destruction by Rio Tinto of the 46,000-year-old Aboriginal heritage site, Juukan Gorge—Hollow Earth can be read as a poem-novel of our hollow or shallow connection to Country, as well as an appeal to align ourselves to deeper realities including First Nations causes, concerns and values.

This novel is an invocation that we might find ways to deeply connect to all life, lest we make it hollow. ‘Happiness is under your feet’ (265)